What To Do If A Load is Rejected 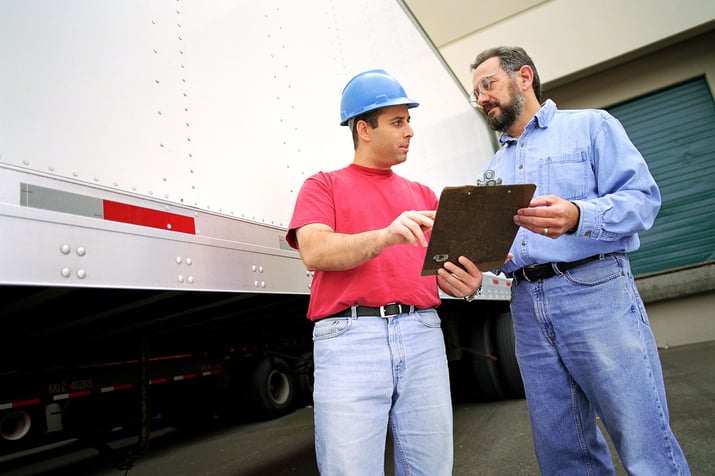 A load can be rightfully rejected for several reasons, such as the goods were not delivered at the agreed-upon time or shifted in transit and were damaged. When a load is wrongfully rejected by the consignee, such as rejecting the load due to alleged temperature abuse, missing seals, etc., this can create an uncomfortable and stressful situation for your driver as he/she is left to deal with an unsatisfied customer.

In many cases, drivers are not allowed on the dock, so they may not even get the chance to contest the allegation. In other cases, your driver may be gone before word arrives that the load was rejected.

No matter the reason for the rejection, if you feel a load is being wrongfully rejected, report the incident immediately to your insurance company. A claims adjuster should try to work with the shipping parties in hopes they will reconsider acceptance of the load so a claim can be prevented. If this is not possible, your insurer may assign an independent adjuster to go to the site and inspect the cargo. Perhaps the cargo can be salvaged to minimize the severity of the claim. If potential fraud is detected, your insurer may pursue other legal options.

As soon as the load is rejected, instruct your driver to visually inspect the cargo, take pictures, and then immediately re-seal the trailer. The shipping parties may assert that the lack of a seal has jeopardized the chain of custody and may refuse the load on this basis alone. If you have someone at the dock who can witness the new seal being placed on the trailer, try to get that person to sign off on the new seal number and date/time the seal was placed on the trailer.

If no one on the dock is available or willing to assist, the driver could use his or her mobile phone to video record placing the new seal on the trailer. Also, be sure to provide drivers with extra seals and padlocks. If they run out of seals, instruct them to ask the consignee for one. If there are none available, ensure a padlock is on the trailer at a minimum.

Note: These lists are not intended to be all-inclusive

This material is intended to be a broad overview of the subject matter and is provided for informational purposes only. Great West Casualty Company does not provide legal advice to its insureds or other  parties, nor does it advise insureds or other parties on employment-related issues, therefore the subject matter is not intended to serve as legal or employment advice for any issue(s) that may arise in the operations of its insureds or other parties. Legal advice should always be sought from legal counsel. Great West Casualty Company shall have neither liability nor responsibility to any person or entity with respect to any loss, action, or inaction alleged to be caused directly or indirectly as a result of the information contained herein.Reprinted with permission from Great West Casualty Company.